Today, the building known as Iglesia de San Andres, has a baroque and gothic style. This s a building, designed by Pedro de la Torre in 1642,  but it didn’t start building till 1657. It was directed by José de Villarreal and after his death in 1662, Juan Lobera directed the works starting from 1663. Sebastian Herrera Barnuevo was an architect who also cooperated with the construction in 1657. This building was commissioned by San Isidro Labrador.

360º Picture of the interior of San Andres Church:

360º Picture of the exterior of San Andres Church:

This building was built in 1642 by the architect Pedro de la Torre. It has a baroque style in the exterior of the building and in the interior it has a gothic and renaissance style. It has a latin cross plan, with corintian pillars, semicircular arches and a dome in the center of the cross. 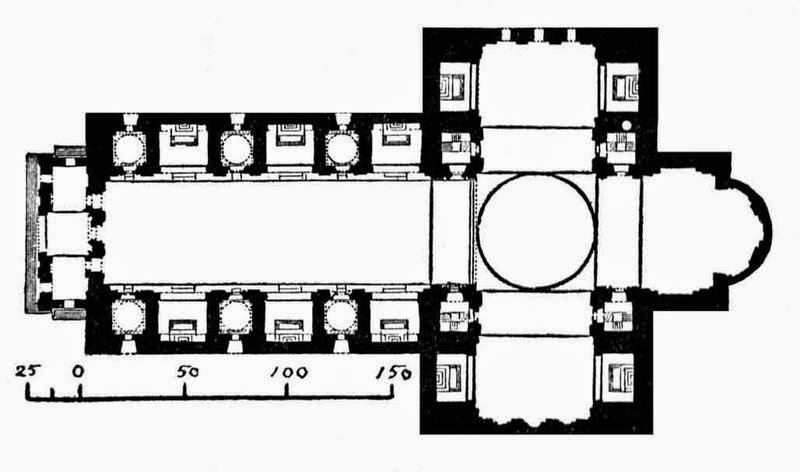 For the church of San Andres the architect, Pedro de la Torre, used bricks, which are made out of clay, and plaster for the walls and slate for the roof, and the pavement around the church is made up of basalt, granite and limestone. For the base of the tower, corners and front façade they used ashlar stone.  The main rocks used were:

– Clay: it is a sedimentary rock,  is durable and has a stable value. It is also versatile because it can be used for roofs, walls and façades and it is also energy-efficient as it helps to reduce the energy consumption of buildings. It has good absorption, is resistant to high temperatures,  transpirable and it has plasticity. This material is used for making bricks and changes color with rain and pollution.

-Plaster: a sedimentary rock, is colorless, white or greyish. The most common types of plaster mainly contain either gypsum, lime or cement but they all work in a similar way. It is a durable wall surface, is fire resistant and it creates a very good finishing to the walls.

-Slate: a metamorphic rock, they use this material because apart from having a very good appearance it is durable and it is convenient for laminates.

-Limestone and granite: limestone is a sedimentary rock and granite is an igneous rock. They were chosen because of their marvellous appearance. The Madrid townhole extract granite from quarries which are located in the north of Spain, in Valladolid, León, La Coruña, Bilbao and many more. And  the majority of the limestone quarries are located in the east and some in the north of Spain.