It was first built in 1554-1575; in 1612, Lucas Hernández built the the tower and Antonio de la Tijera, Juan de Bulga Valdelatas y Juan de Obregón bilt the chapels, then It was destroyed. In 1936 was assaulted as a consequence of the civil war. They burned it by saving only the parish file. This same year a plane shoots a bomb in the building And only remained the head of the temple. Then It was reconstructed since 1943 until 1959. There was burried Lope de Vega until it was destroyed.

In the seventeenth century it underwent a deep remodeling to adapt it to the Baroque Madrid.

During the Civil war, the church was burned and destroyed, fortunately, the archives survived and we have plenty of informtation about the building. This wonderful source was basic to rebuilt it.

In 1943 – 1948  San Sebastian’s  church, was reconstructed by the architect Francisco Íñiguez Álmech, who built it in the same place and with the same dimensions that the first one.

It has two parts clearly delineated. The fist part has a greek cross plan decorated with the altar in the apse, the central dome, the chorus, and 4 small altars with images of jesus christ, the virgin and some nuns. It has 3 naves.  Next to this part there are 3 chapels, chapel of misericordia (new construction), chapel of el corazón de Jesús (headboard of then old church) and chapel of Belén

In the entrance there is a Big painting of jesus being attacked by the Romans.

It  Is very well preserved.

Types of rocks used to build the building

The capital is made up of slate, the facades are made up of bricks and there is masonry covered by a plaster, granite  and limestone.

Geological origin of the rocks

Slate: It is a metamorphic rock that is created by the alteration of shale or mudstone.

Bricks(clay): is a sedimentary rock which is made of layers of this debris get compacted and cemented together.

Limestone: is a sedimentary rock which is made as layers of this debris get compacted and cemented together.

Granite:is a  igneous rock which form directly from the cooling of magma,which is a  exothermic process (it loses heat) and involves a change from  liquid to the solid state.

Features of the rocks

Slate: It is a metamorphic rock with a fine grain that is also foliated. Is mainly composed of clay minerals of micas depending the degree of metamorphism. Are mainly gray in color and are mainly used for roofing slates.

Bricks: Is a rectangular shape structural that are use for construction. There are mainly made of clay and other components . There are high durable because of the presence of clay and they have a wide variety of colours, designs and sizes.

Plaster: is a building material used for protection of walls.The most common types are gypsum, lime and cement. Is not a strong material.

Granite: Is a light-coloured igneous rocks which has parte grains.It s form by the slow crystallization of magma. It is composed of quartz and feldspar.It can be punk, fray por white color with dark mineral grains.

Justification of the type of rock chosen:

Slate: it  was chosen because it is use for making the roofs and is also used for interior flooring, exterior paving, dimension stone, and decorative aggregate.
Granite is one of the strongest, most durable and attractive stones for that  is used in monuments, paving, bridges, buildings and several other exterior projects.

Limestone:can be used in two ways depending on its surface’s orientation. If the surface is horizontal, a first cavity is cut for the intersection of the saw and the consequential horizontal cut, allowing for the extraction of larger blocks.

On the other hand, when the surface is vertical, initially the rock will be cut vertically and then at its base. A piece of rock which can weigh up to 500 tonnes, is separated from the bench. The cut is removed and the horizontal is cut into smaller slabs. The smaller dimensions allow for easier handling and transport.

Quarries used for rocks extraction (and way of transport of them).

Granite: is extracted by different methods of cutting to extract different deposits of places called quarries. Then are polished, put on trucks and sent to fabricators.This material is extracted in the  quarries of Levantina.

Clay: is extracted by taking soil of specific places  and putting into  water.These material comes from the quarrie of santa maria.

Slate:either quarried from a slate quarry or reached by tunneling in a slate mine.This material is extracted in the  quarries of Levantina. 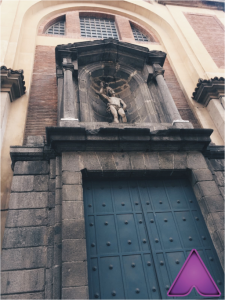 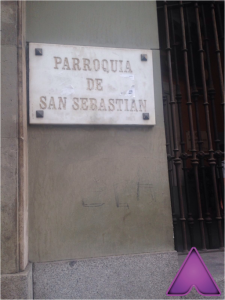